Obesity and its Relationship to Cancer

Obesity and its Relationship to Cancer: The consequences of carrying around that extra baggage

In the waiting room on the seventh floor of Emory University Hospital Midtown is a wide window overlooking the Atlanta skyline. The broad view isn’t the only noticeable feature of the waiting room. The seats of the chairs are also a bit wider than expected. This is the Emory Bariatric Center, where professionals help patients form individualized plans for losing weight.

The importance of achieving a healthy weight cannot be overstated considering that a bigger waistline means a bigger risk of cancer and other diseases 1. The center, however, receives very few patients sent from oncologists. “It’s a shame that we don’t get more,” says Medical Director of the Emory Bariatric Center, Dr. Arvinpal Singh. “It’s a critical issue and there’s a strong correlation between diet, obesity and various cancers, but I can’t say we’ve gotten a whole lot of referrals for that specific reason.”

Approximately 35% of men, 40.4% of women, and 17% of youth (ages 2-19) in the United States are obese, according to reports published in 2016 by the Journal of the American Medical Association 23. Hospitals can’t even accommodate some of these patients. “Some of the scanners we have need to be bigger because a lot of our patients don’t fit through the CAT scans and the MRIs,” says Dr. Ira R. Horowitz, Chairman of the Department of Gynecology and Obstetrics at Emory University Hospital, “and they have to go elsewhere for an open MRI, or to the zoo, or to the vet school.”

Patients who are unable to keep track of an expanding waistline have an increased likelihood of developing tumors. For those who already have cancer, obesity makes treatment more limited and problematic. The American Cancer Society estimates that a fifth of all cancer deaths are caused by excess weight 4.

“Some of the scanners we have need to be bigger because a lot of our patients don’t fit through the CAT scans and the MRIs, and they have to go elsewhere for an open MRI, or to the zoo, or to the vet school.”

Researchers report growing evidence that obesity alters the body in ways that can directly lead to cancer. Adipose, or fat tissue, produces molecules that are released to the rest of the body 5. Some of these molecules, including hormones like leptin, can trigger tumor growth 6. Fat tissue doesn’t just keep people warm and store energy says cancer researcher Dr. Latonia Taliaferro-Smith.

Body weight impacts the production of these molecules and can affect whether or not someone develops cancer. In her studies, Smith found that two molecules secreted by fat tissue, adiponectin and leptin, work in opposite ways with respect to breast cancer 7.

Leptin, which is present at high levels in obese patients, can stimulate breast cancer cells to grow and invade other tissues 8. Adiponectin, however, serves a protective role against obesity-related diseases like cancer 9.

Adiponectin does a couple things to prevent high leptin levels from causing problems in the body. It stops the activation of two molecules (ERK and Akt) that are normally turned on by leptin and that would lead to cancer progression 7. Adiponectin also increases the activity of a tumor suppressor gene called LKB1. The LKB1 protein prevents leptin signaling from occurring in the first place 79.

Another fat-derived molecule that has been shown to promote the growth of cancer cells is the hormone estrogen. In fact, the cancer drug tamoxifen is effective in breast cancer because it blocks estrogen receptors on breast cells. This action prevents these cells from being over-activated by estrogen 11.

Estrogen therapy has been used as a treatment for symptoms of menopause. During menopause, production of the hormones estrogen and progesterone by the ovaries is halted. The resulting lower estrogen levels cause the hot flashes, vaginal dryness, and increased osteoporosis risk associated with menopause 12.

In terms of endometrial cancer, however, estrogen replacement alone turned out to be dangerous when not given in combination with progesterone 13. “If you just have unopposed estrogen, what you end up with is stimulation of the lining of the uterus, and then conversion to a cancer,” explains Horowitz. “We no longer give unopposed estrogen, meaning we give you estrogen and progesterone, which is going to mimic more of the physiology in your body.”

Obesity can lead to excessive estrogen levels because fat tissue produces a protein (aromatase) that converts precursor molecules into estrogen 14. “That just now results in estrogen that’s stimulating the breast, stimulating the uterus, increasing your risk of cancer,” says Horowitz.

Insulin-like growth factor-1 (IGF-1) is an additional bioactive compound secreted by adipose tissue. When this compound binds to a tumor cell, it triggers a signaling pathway that leads to cell division 10. “When you are an adult, your cells aren’t really supposed to be growing and growing and growing because you’ve reached your adult size,” says Singh. “Anything that’s stimulating uncontrolled growth of cells can lead to cancer.”

Too much of this growth factor is especially bad when the patient also has insulin resistance, which is often the case for obese people 8. The cells in a patient with insulin resistance don’t respond to insulin to the extent that they should. To compensate, the pancreas churns out even more insulin. Insulin then goes and prevents other proteins from binding to and blocking the growth factor IGF-1 1516.

In other words, the extra insulin molecules in obese patients make the growth factor better at finding and triggering cancer cells.

Between producing many biologically active molecules, including carcinogenic levels of leptin, estrogen, and insulin-like growth factor-1, fat cells stay busy. They certainly aren’t sitting silently on the waistline of America.

After a patient’s cancer diagnosis, obesity complicates the work of the surgeon 17. “I might want to give them radiation or hormones before I operate on a 500-pound patient,” says Horowitz. “It’s hard. You can’t see, they bleed more, and you can cut other organs.”

Putting these patients under anesthesia is especially tricky. “We’re learning more and more now when we’re looking at those patients who are high risk to have problems with anesthesia, [it’s] because they’re obese patients,” says Horowitz.

Many patients with obesity suffer from obstructive sleep apnea, which means their airways are obstructed by excess fat tissue 18. Intubation with a respiratory tube on these patients is more difficult for the anesthesiologist 19. The extra tissue also blocks airflow and limits the amount of oxygen the patients can receive during and after sedation 17.

Anesthesiologists have to be especially cautious when administering sedatives to obese patients. These patients show less predictable responses to medications. Plus, the anesthetic drugs require more time to disappear because the drugs linger in the fatty tissue 20.

The large body mass of obese cancer patients also poses a difficulty when prescribing chemotherapy dosages. The clinical trials needed to determine standards haven’t been performed. “Do we know what the bioavailability of that drug is going to be with someone who weighs 500, 700 pounds? No,” says Horowitz. “We don’t have the thousand people who weigh 600 pounds.” 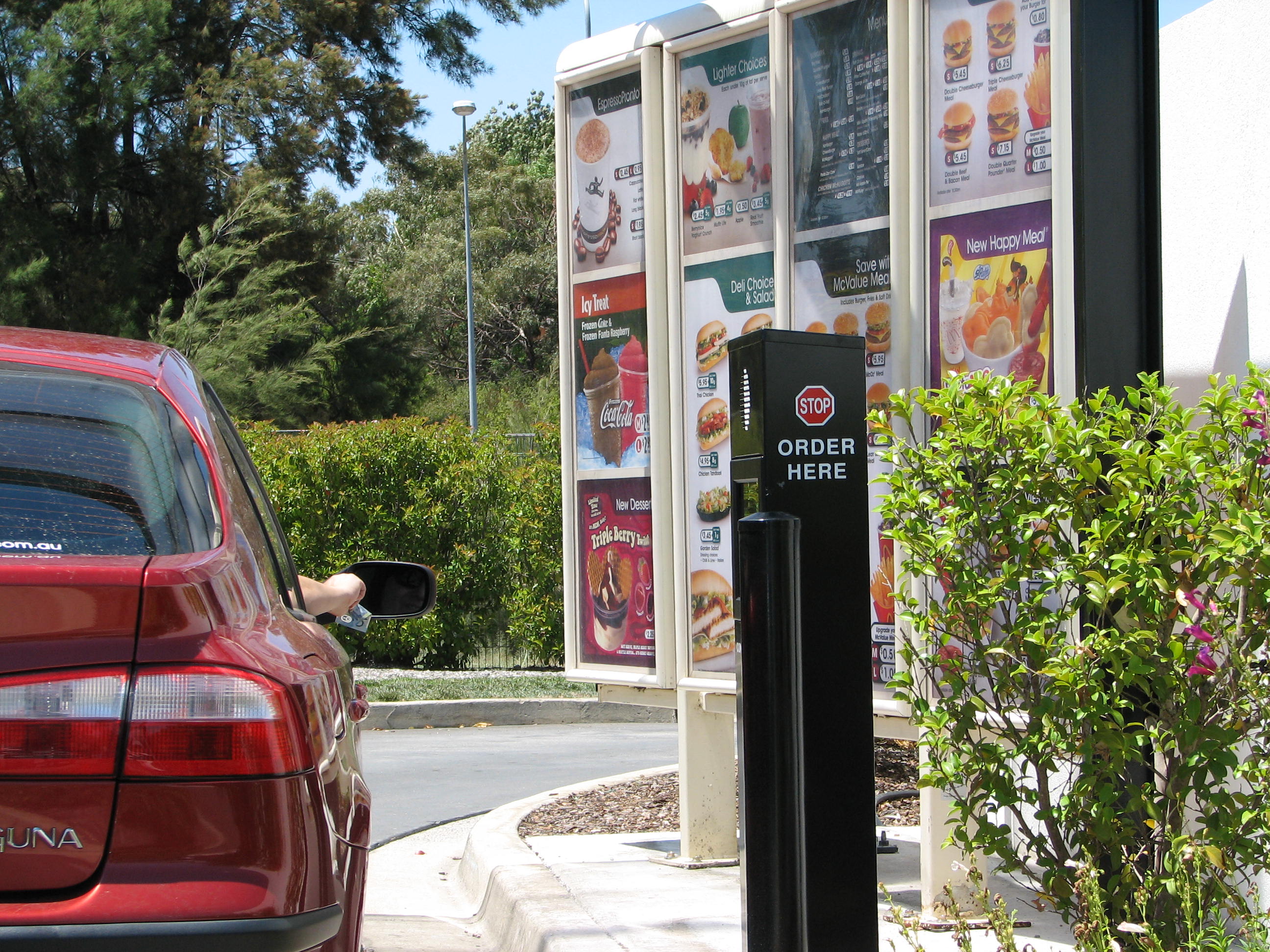 That isn’t to say those thousands of people don’t exist. Over a third of Americans are overweight or obese 2. Singh emphasizes that this isn’t simply a personal problem for Americans. “I think that’s a gross oversimplification. We live in what a lot of people call an obesogenic environment or an obesogenic society,” comments Singh. “Everything in our society is geared towards promoting weight gain.”

Specifically, Singh refers to the high density of fast foods in lower socioeconomic areas, unhealthy foods being cheaper or more affordable than healthier foods, subsidies to processed products versus a lack of subsidies to organic and fresh whole foods, junk food advertisements on billboards, faulty food guidelines, the involvement of the meat and dairy industry with the government, and technology reducing physical activity. “I mean, so many factors. I could go on and on,” Singh says.

As for the genetic components of obesity and cancer, Singh cautions that it shouldn’t be blown out of proportion. “Genes aren’t what cause people to be obese. Genes just kind of load the gun for you, so to say.” Horowitz echoes this sentiment. “I think a lot of cancers we have some control over. It’s environment, it’s lifestyle, so that includes exercise, spiritual health, diet.”

Dr. Singh says patients can control their chances of getting cancer by forming responsible eating habits. “Hopefully they’re eating better, they’re eating higher-nutrient foods, and there are of course links to food and diet and cancer,” he says. “There is no medication or no pill patients can ever take that’s more potent that what food they put in their bodies.”

With special thanks to interview sources:

*The above feature story was contributed by former undergraduate of Emory University, Rachel Corbitt, for her "Health and Science Writing" class. Rachel majored in Biology and Chemistry and is currently attending the Medical College of Georgia at Augusta University.

Learn more about the role of obesity in cancer.